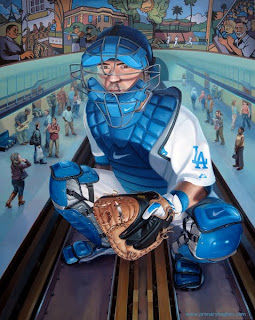 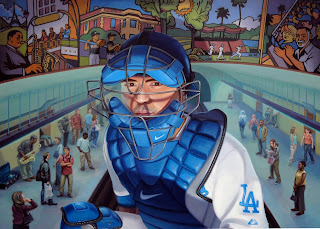 ^Detail from the final image

The Dodger catcher grew up in many different cities, splitting time between his mother and father. For awhile he lived with his Mom and Stepfather in Paris. In Montreal, where a good deal of his youth was spent with his father, he played hockey and baseball. While staying there, he learned the importance of baseball and life. They played games of pepper and Russell learned about the fundamentals. When he went off to school for the day, his dad went to work in the Montreal Subway playing saxophone for the waiting train passengers.

The mural above Russell Martin's head is a reinterpretation of an actual painting in one of the Montreal subway stations. Within the new mural are snippets of the ballplayer's life, including from left to right: John Coltrane (his middle namesake and his father's favorite musician), Paris, Montreal (NDG) buildings / subway entrance, little league players, park & trees, logo (sun) for his AAA team (Jacksonville Suns), Dodger Stadium, and finally, his parents. I've put Martin on the tracks and literally in the path of the subway trains. He faces all that life can throw at him, head on. The positioning also alludes to the baseball role of a catcher, to block the plate when a runner is trying to score. This was referred to by the character Rube Baker in the Major League movie series this way, "You're standing on the tracks, and the train's coming through..." 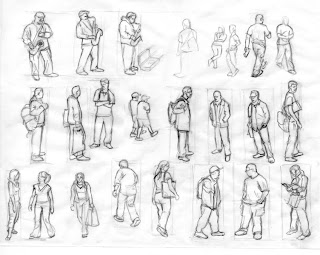 ^The figures above were drawn separately and then composed in Photoshop below. 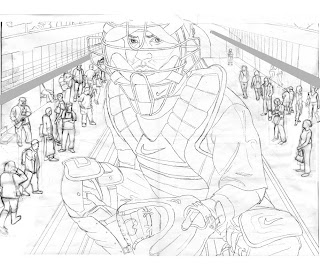 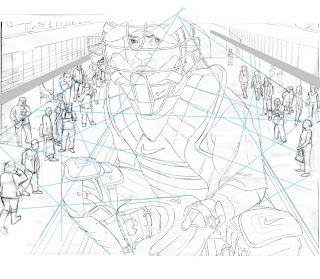 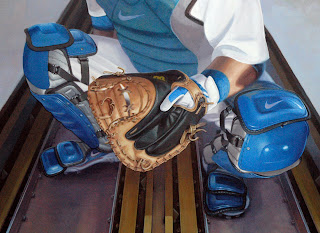 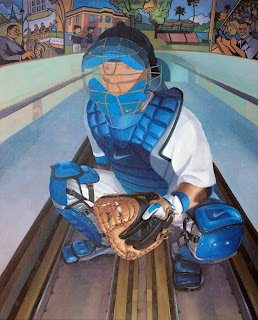 ^These are in-progress photos of the painting 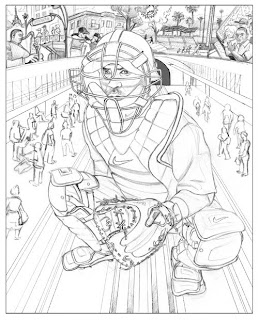 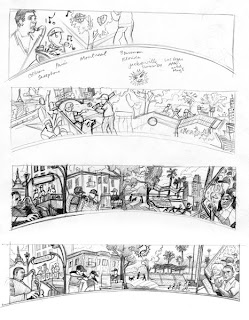 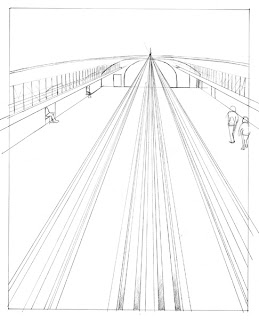 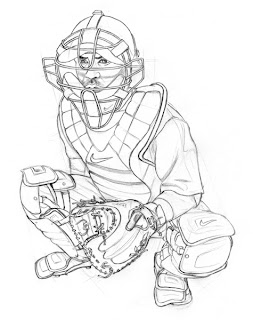 ^Final Line Drawing of the figure 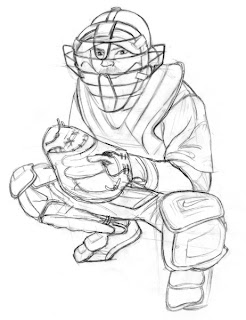 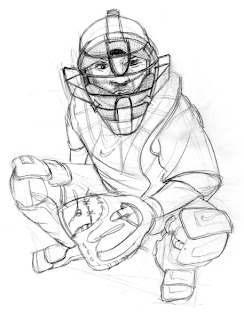 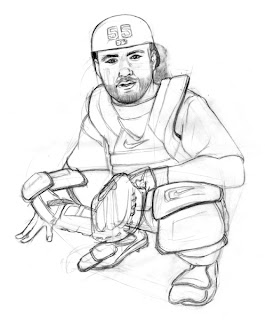 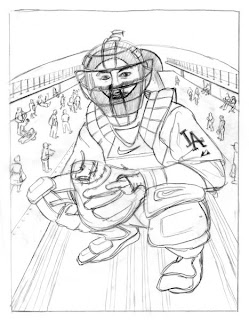 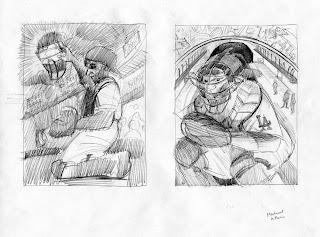 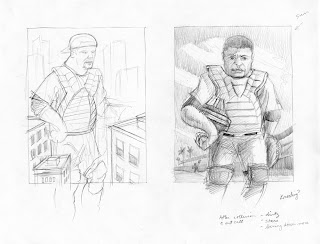 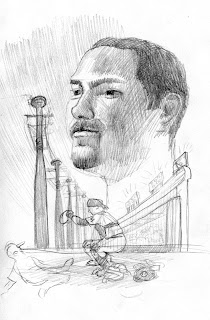 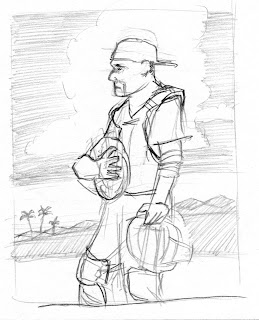